Gaming guilds have become an integral part of the play-to-win economy. Large gameFi-focused guilds bring experienced players to play-to-win games, helping to grow user bases, revenue generation, and marketing, while also empowering people who might not otherwise have had the means, the ability to use in-game NFT assets to earn money. . Guilds are active in many popular play-to-win games, but so far no custom game has been built with guilds in mind. Aavegotchi’s Gotchiverse changes that with a series of gameplay mechanics and opportunities designed specifically for guilds and their members.

What can Aavegotchi guilds do on Gotchiverse?

There are multiple opportunities for guilds to succeed on Gotchiverse. The most obvious is by using the Gotchi Lending program. Gotchi Lending is Aavegotchi’s improvement on the traditional scholarship model popularized by other play-to-win games like Axie Infinity. Aavegotchi’s scalability solution enhances the scholarship program by cutting out the middleman and keeping the entire process 100% on-chain. This allows guilds and their members to reap the benefits of trustless execution and on-chain security. With Aavegotchi, no player or guild will have to rely solely on good faith when lending or borrowing NFT assets from Aavegotchi. The lender simply sets out the terms of the agreement, including the division of Gotchus Alchemica and the length of time to lend your asset. Once the loan period concludes, the Aavegotchi NFT is automatically returned to its rightful owner along with the agreed division of Alchemica.

What does this mean for guilds?

Gotchi Lending will allow guilds to securely and trustlessly lend their Aavegotchi NFT assets to their members or players. This allows guilds the opportunity to earn passively and allows players to play to win on Gotchiverse with no upfront cost. It’s a win-win in the most literal way possible.

In addition to Gotchi Lending, guilds can take advantage of their numbers to earn Gotchus Alchemica much faster on Gotchiverse. Gotchus Alchemica are four new ERC20 tokens that act as Gotchiverse items and can be obtained in three different ways. Community channeling specifically will allow guilds to earn Alchemica at a much faster rate, allowing Aavegotchis to work together when a Gotchi Lodge facility has been built on a Gotchiverse REALM plot. To participate in Community Channeling, each Aavegotchi must wear the associated Wearable badge and be present on the plot of land during the ritual. Alchemica will farm faster for each additional Aavegotchi that participates in the Community Channel.

Another way guilds can gain an advantage in Gotchiverse is through the placement of their Gotchiverse REALM plots. Guild members can purchase parcels in specific districts or areas, allowing for localization of guild activities and planning. This offers a number of benefits, such as property construction, increased foot traffic, guild recognition, and opportunities for coordination. Some guilds have already used this strategy during previous land sales, as you can see on the map below.

Many guilds already have big plans for Gotchiverse. WAGMI Warriors’ Jarrod offered his perspective, saying, “Our main focus in the launch will be to grow our Gotchus Alchemica through scheduled community channeling sessions that focus on our main ward 18 and sub wards 19 and 10. We also have plans to place burger stands on our land as NPCs like Dapps and building some infrastructure for guilds around connecting gotchi lenders and gotchi tenants.”

Why would you want to start a guild?

There are a number of reasons why you mightsee start an Aavegotchi guild. Maybe you want to increase your earning potential through Community Channeling. Maybe you have a lot of Aavegotchis and want to take advantage of Gotchi Lending, or maybe you just want a group of like-minded friends to play with.

Ghost Squad’s Gotchinomics offered a unique look into why he decided to start a guild; “After months of being active #GotchiGang members, ambassadors, helping with translations, creating mini-games, video animations, and seeing great positive potential to build something really fun, we decided to go one step further and found Ghost Team.”

Starting and managing a guild isn’t for everyone. Joining one that’s already established is a great alternative.

Why Should You Join an Aavegotchi Guild?

You may not have the time or desire to start your own guild. Aavegotchi and would rather join one. There are several reasons to join a guild, but it ultimately depends on your play style and your goals in Gotchiverse. The Gotchiverse is a blockchain RPG with various social elements. You can play the game though Alone, playing with your frens will be an amazing metaverse experience.

Joining a guild is a great way to engage in the social aspect of Gotchiverse, while also increasing your play-to-win potential!Gotchiverse will feature tradable install NFTs which players can build directly on their plots of land.One such facility NFT is known as Gotchi Lodge.Gotchi Lodge acts as the social hub of a plot and will have the ability to upgrade to support voice chat. Aavegotchi’s can be linked to a Gotchi Lodge, while wearing a designated Guild badge, to participate in the aforementioned community channeling.

Certain guilds may also give you access to their Aavegotchis as a borrower, or to other guild members as a lender. Some guilds will use the Gotchi Loan Program to lend their Aavegotchi NFTs exclusively to other guild members. Joining these guilds can grant you access to exclusive Aavegotchis that you might not otherwise be able to use, as well as a stable user base through which to lend yours.

I asked Lord Hillz of the Order of Portal Wizards what he and his guild were most looking forward to on Gotchiverse. Lord Hillz replied, “We have a very active guild, so we hope to organize many rituals for community channeling. Our guild has spent the last few months building an amazing community. We are always making new friends and can’t wait to hang out with everyone at Gotchiverse. I can only imagine the epic adventures that await wizards.”

What Guild should I Join?

You’ve decided that you want to join an Aavegotchi guild, but you’re not quite sure which one. Fortunately, the official Aaavegotchi wiki page has a section specifically dedicated to maintaining a list of guilds. There you will find a brief description of each guild, the requirements to join, contact information and links to the relevant social networks. To learn more about a specific guild, be sure to make use of the contact and social links on the guild page! Additional information about guilds on Gotchiverse can be found in Chapter 3 of the Gotchiverse In-Game Bible.

The Gotchiverse, much like the GotchiGang community, will be a melting pot of frenz from different backgrounds with different ideas and playstyles. Whether you choose to start your own guild, join an already established guild, or just play solo, there will be something for everyone. To connect and join the most frenetic community in crypto, check out our links below.

The Gotchiverse is Pixelcraft Studio’s flagship title that celebrates the best of blockchain technology. The metaverse is built on Aavegotchi, a community-owned and open source NFT gaming protocol that unlocks true ownership of assets for players. In this spirit, The Gotchiverse is co-created with direct input from the community through AavegotchiDAO. Summon your first Aavegotchi today and find us on Gotchiverse! 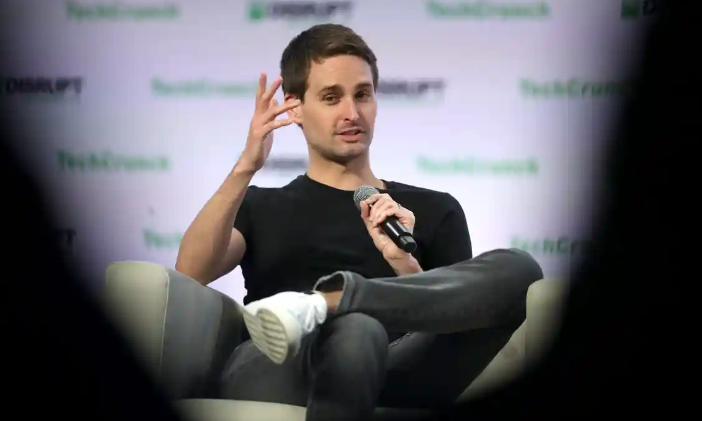