For many years, the idea that publicly traded corporations could buy Bitcoin for their reserves was considered laughable. The leading cryptocurrency was deemed too volatile, and too fringe to be adopted by any serious business.

For many years, the idea that publicly traded corporations could buy Bitcoin for their reserves was considered laughable. The leading cryptocurrency was deemed too volatile, and too fringe to be adopted by any serious business.

That taboo has truly been broken, with a number of major institutional investors buying Bitcoin in the last two years.

The floodgates first opened when cloud software company MicroStrategy bought $425 million worth of Bitcoin in August and September 2020. Others followed suit, including payment processor Block and electric vehicle maker Tesla.

But just as institutional adoption of Bitcoin seemed to be rising, the crypto crash of 2022 hit. The price of Bitcoin crashed along with tech stocks, substantially denting the value of companies’ Bitcoin holdings.

In the aftermath of the crash, the list of companies with the largest Bitcoin holdings has been altered, with some companies selling some of their cryptocurrency holdings as the market plunged.

For investors unwilling to buy Bitcoin themselves, buying shares in public companies that hold Bitcoin can be a way to gain exposure to the asset without the hassle of arranging self-custody. In fact, some experts think that the scope of MicroStrategy’s Bitcoin purchases has turned the company into a de facto Bitcoin ETF.

The company, which produces mobile software and cloud-based services, has aggressively followed its Bitcoin buying spree through 2021 and 2022, raking in millions of dollars worth of cryptocurrency even as the market crashed in 2022. As of July As of 2022, it has 129,699 BTC in reserve, equivalent to just over $2.8 billion, although the 2022 crypto crash has wiped out billions of dollars of value from its crypto reserve.

At one point, MicroStrategy CEO Michael Saylor said that he was buying $1,000 worth of Bitcoin every second.

Unlike other CEOs who normally avoid talking about their personal investments, Saylor has gone public that he personally owns 17,732 BTC, currently worth over $387 million.

According to data from BitInfoCharts, this puts Saylor in the top 100 Bitcoin owners, assuming everything stays in one direction. It’s something of a sea change for the CEO of MicroStrategy, who in 2013 claimed that Bitcoin’s days were numbered.

On New Year’s Eve 2020, Morgan Stanley revealed that it had purchased 10.9% of MicroStrategy.

Speaking in the wake of the 2022 cryptocurrency crash, Saylor doubled down on his decision to use Bitcoin as a reserve asset, rather than gold. “If it doesn’t go to zero, it goes to a million,” he told CNBC. “It’s obviously better than gold in everything that gold wants to be, and if it were worth what gold is worth, it would be $500,000 a coin.”

The largest institutional holder of Bitcoin that is directly involved with the crypto industry, crypto-focused merchant bank Galaxy Digital Holdings holds 16,400 BTC, according to bitcointreasuries.org, worth just over $357. million at current prices.

Founded by Michael Novogratz in January 2018, the company has partnered with crypto firms including Block.one and BlockFi. Novogratz is, unsurprisingly, a huge supporter of Bitcoin. In April 2020, he noted that the stimulus measures announced in response to the coronavirus pandemic were generating interest in cryptocurrencies, calling it Bitcoin’s “moment” and arguing that “money doesn’t grow on trees.”

However, later in the year, Novogratz argued that cryptocurrency’s volatility meant gold was a safer bet, stating that “My feeling is that Bitcoin far outperforms gold, but I would tell people to hold a lot less than gold. Simply because of the volatility.” That turned out to be sound advice; After the cryptocurrency crash of 2022, Novogratz emphasized that “Bitcoin is not going to go away as a macro asset,” while admitting that the sector had taken “a complete and utter old-school thrashing.”

In September 2021, Galaxy Digital launched a joint proposal for a Bitcoin Spot ETF; To date, the US Securities and Exchange Commission has only approved Bitcoin futures ETFs.

Cryptocurrency brokerage Voyager Digital holds 12,260 BTC according to bitcointreasuries.org, worth around $267 million at current prices. The company aims to provide a one-stop shop for digital asset trading, and in May 2021 it reported quarterly revenue of $60.4 million, up 16 times from the previous quarter. “We saw exponential adoption of cryptocurrencies as a recognized and investable asset class,” CEO Steven Ehrlich said at the time.

However, Voyager Digital became one of the biggest victims of the 2022 crypto crash; after halting trading on its platform due to “current market conditions,” the company disclosed a $661 million exposure to struggling crypto investment firm Three Arrows Capital, in both Bitcoin and USDC, and subsequently filed for bankruptcy. bankruptcy.

The electric vehicle maker, joined the ranks of Bitcoin-owning companies in December 2020, with an SEC filing revealing that the company invested “a total of $1.5 billion” in Bitcoin.

Tesla sold 10% of its Bitcoin holdings in the first quarter of 2021; according to CEO Elon Musk, this was “to demonstrate the liquidity of Bitcoin as an alternative to keeping cash on the balance sheet.”

The company’s Bitcoin play followed months of speculation after CEO Elon Musk took to Twitter to discuss the cryptocurrency. In late 2020, MicroStrategy’s Saylor offered to share his “playbook” for investing in Bitcoin with Musk, after arguing that a move to Bitcoin would do Tesla shareholders a “$100 billion favor.”

However, Musk and Tesla have had an on-and-off relationship with Bitcoin. After announcing that Tesla would accept Bitcoin payments for its products and services in March 2021, just two months later the CEO abruptly announced that the company would no longer accept the cryptocurrency for payments.

In July 2022, the company revealed that it had sold “approximately 75%” of its Bitcoin in its Q2 2022 quarterly update, with its balance sheet showing $936 million worth of digital asset sales. In a call with analysts, Musk stated that “we weren’t sure when the Covid lockdowns in China would be eased, so it was important for us to maximize our cash position,” adding that the company is “open to increasing our Bitcoin.” “. holdings in the future, so this should not be taken as a verdict on Bitcoin.”

The liquidation leaves Tesla with 10,725 BTC in its portfolio (about $233 million), according to bitcointreasuries.org, dropping it from second to fourth place in the ranking. According to Tesla’s second-quarter balance sheet, its digital asset holdings totaled $218 million in the second quarter of 2022, up from $1.26 billion in the previous quarter. Musk , who has become a big proponent of Dogecoin over the course of 2021, announced that Tesla will enable Dogecoin purchases for some Tesla products and emphasized that the company did not sell any of its Dogecoin during its Q2 2022 call with analysts

Bitcoin mining company Marathon Digital, unsurprisingly, is also a large Bitcoin holder, with 10,055 BTC in its corporate treasury (worth around $1,000). e $218 million at current prices). The company, which aims to build “the largest Bitcoin mining operation in North America at one of the lowest energy costs,” originated as a patent-owning company (and was often referred to as a patent troll) before his turn towards crypto mining.

Marathon Digital eventually aims to have more than 199,000 Bitcoin miners churning out 23.3 EH/s per day by 2023, a 600% increase from its December 2021 hash rate. That month, the company placed a mammoth order of 78,000 Bitmain Antminer mining machines, to be delivered throughout 2022.

Despite rising electricity costs and falling Bitcoin price, Marathon remains committed to mining the cryptocurrency; in June 2022 it claimed to be “pretty well insulated and well positioned” thanks to low operating costs and a fixed energy price that allows it to mine Bitcoin for around $6,200 per coin.

Along with Tesla, Block lit the fuse for institutional investment in Bitcoin with its October 2020 investment of $50 million in the cryptocurrency.

Since then, the payments company has continued to invest in Bitcoin, revealing that it had made another $170 million in its Q4 2020 earnings statement. Perhaps not surprisingly, considering CEO Jack Dorsey is an avid supporter of Bitcoin (even manage your own Bitcoin node).

At the time, the company described the investment as “part of Square’s ongoing commitment to bitcoin,” noting that “the company plans to evaluate its total investment in Bitcoin relative to its other investments on an ongoing basis.”

With his holdings now totaling 8,027 BTC, worth $174 million at current prices, Block hasn’t changed his tune on Bitcoin.

In March 2021, the company’s CFO, Amrita Ahuja, argued that “there is absolutely a case for every balance to hold Bitcoin,” in an interview with Fortune while reaffirming the company’s commitment to keeping the cryptocurrency ” long-term”.

In May 2021, the company reaffirmed its commitment to its Bitcoin buying strategy, following an interview in which Ahuja had said that the company had no plans to make any further Bitcoin purchases. Block has also made more efforts to build the Bitcoin ecosystem, launching a $5 million fund to promote crypto education and jumping to the defense of Bitcoin with a white paper defending the environmental impact of cryptocurrency.

The company is also getting involved with Bitcoin technology, announcing plans to develop a Bitcoin hardware wallet in July 2021, while in October 2021, Dorsey tweeted that the company was considering building Bitcoin mining rigs.

The company changed its name from Square to Block in December 2021, in an apparent reference to the blockchain technology that underpins Bitcoin. The rebranding followed Dorsey’s announcement a week earlier that he would step down as Twitter CEO to focus on the payments company.

Canadian crypto mining company Hut 8 holds 7,406 BTC, worth $161 million. In June 2021, the company was listed on the Nasdaq Global Select Market under the symbol HUT, and the company’s SEC filing noted that it is “committed to increasing shareholder value by increasing the number and value of our bitcoin holdings.

The company also explained that it generates fiat income by leveraging its self-mined and held Bitcoin pool, “through yield account agreements with leading digital asset brokers.”

With its valuation rising from under $200 million in 2020 to highs of over $6 billion in 2021, the Nasdaq-listed company has embarked on an aggressive expansion campaign. In April 2021, he spent $650 million on a one-gigawatt Bitcoin mining facility in Rockdale, Texas; describing the purchase as a “transformational event” that would make the company the “largest publicly traded Bitcoin mining and hosting company in North America as measured by total capacity built.”

In April 2022, Riot revealed further plans to expand in Texas, with the announcement of an additional one-gigawatt mining facility in Navarro County. After the cryptocurrency crash of 2022, CEO Jason Les told Yahoo Finance that Bitcoin mining “will continue to flourish in the United States” and that “although the economics of Bitcoin mining have declined, there is still a large chance here.”

Possibly the most well-known crypto firm on this list, crypto exchange Coinbase went public in a direct listing on the Nasdaq in April 2021.

The move was hailed as a milestone for the crypto industry, although that has not been confirmed by Coinbase’s stock price drop; Having debuted at $381, by July 2022 COIN was trading below $75.

His investments include cryptocurrency exchange Bitcoin.de and bank Futurum, which merged in October 2020 to form “Germany’s first cryptocurrency bank.”

The move followed the German parliament’s decision to allow banks to sell and store cryptocurrencies, with Bitcoin Group SE managing director Marco Bodewein highlighting the opportunity to introduce the bank’s “high-yield and security features” to institutional investors. “of cryptocurrencies. 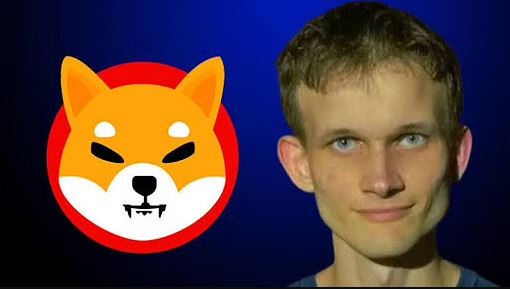 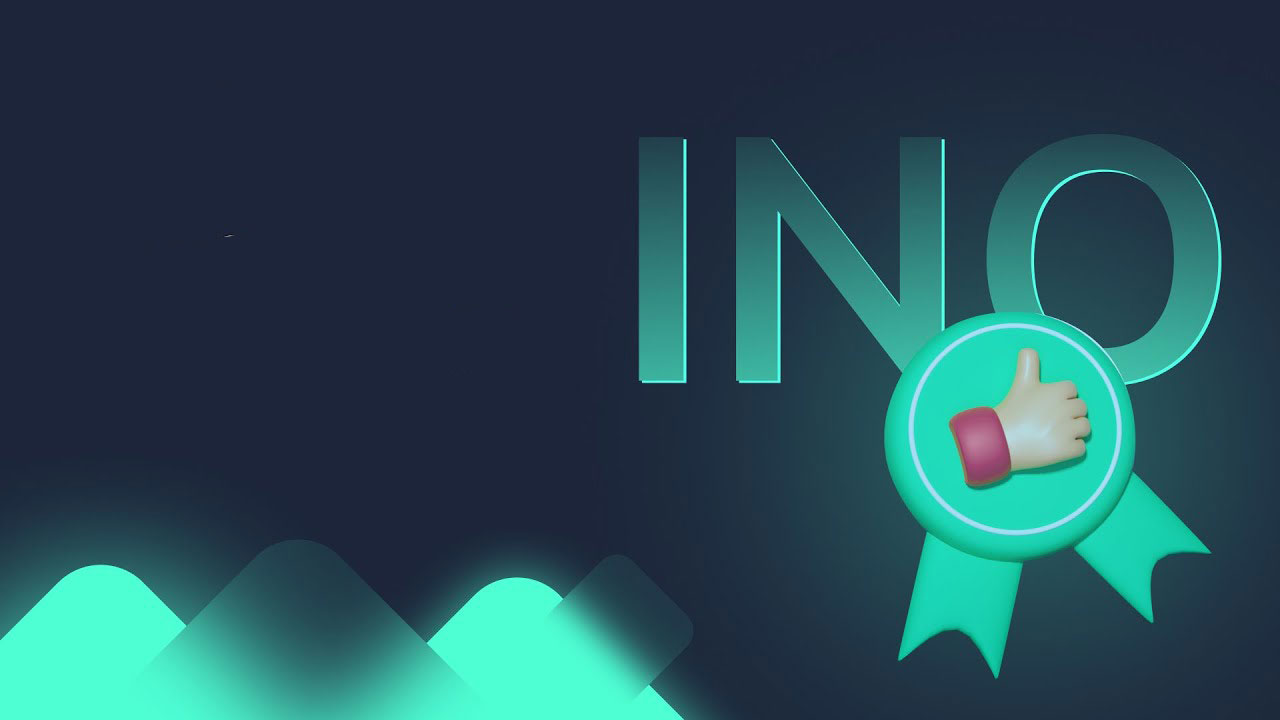